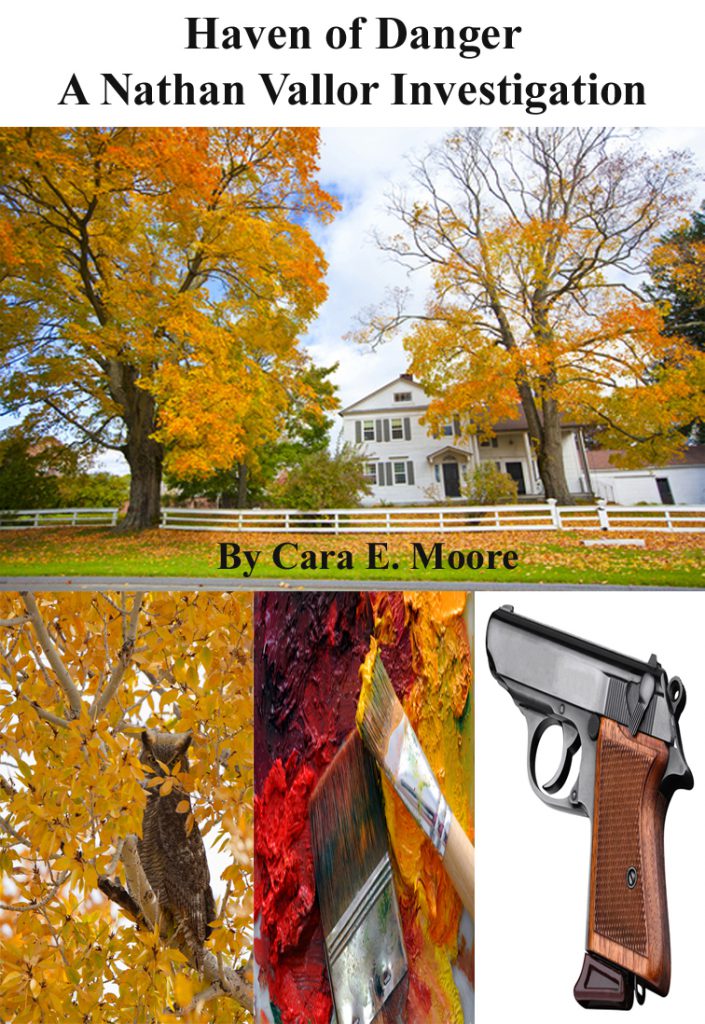 Amos’s mother wants to know more about her late son’s lifestyle and hires Vallor to investigate. Vallor soon finds out Mill Valley is not the idyllic town it appears to be and Amos’s sister, Verity, an antique dealer, has something to hide. Nathan is threatened, and brings in his back-up man, Hank, an ex-boxer, as he unravels the connecting web of intrigue that binds the villagers together in the trafficking of drugs.

Nathan Vallor, Private Investigator, sat at the linen-clad table of the travel club. It was a Friday morning in late September, and he was surrounded by suburbia socialites ranging in age from late twenties to early infinity. As fascinating a collection as these ladies were, Nathan wasn’t here for them.

Nathan’s sister, Anne, coordinator for this luncheon, approached the podium. Anne looked the part of a stylish hostess -- Coco Chanel would have been proud. Her blonde hair was cut in a fashionable shoulder-length page-boy and her green-eyes were made up in a lilac shadow that accented her lilac and white print suit dress. Nathan had settled on a pair of tan khaki trousers, dress shirt and a tan corduroy jacket, not as chic, but presentable on his six-one frame.

"Attention please ladies and gentleman,” Anne said giving Nathan a smile. “I’m happy to introduce Jillian Hudson, our speaker for the day and a close personal friend of mine. Jillian works for a travel agency downtown and has traveled extensively herself. She will share some of her travel tips as well as her experience. I hope you will make her feel welcome.”

Nathan watched as Jillian walked up to the microphone. She wore a dark navy-blue suit with a white geometrical pattern and a cream-colored blouse. Her dark-hair was pulled back with the
tortoise shell barrettes he had given her. He hadn’t seen her for the last ten days, since working on a case for an insurance adjuster in downtown Richmond. Nothing too heavy-duty, but it paid the rent.

“Thank you for that nice introduction, Anne. I’m happy to be here.”

Nathan smiled as this comment. He knew this speech was a major trauma to Jillian. She hated giving speeches. Nathan had a way of bringing Jillian out of her shyness. They had been dating seriously for the last six months and become engaged; a year after the murder of her accountant husband, Gary. Jillian had called Nathan to investigate his death and for her own protection.

Practiced facial expressions soon gave way to excitement as Jillian remembered her first paid vacation as a travel agent to the Caribbean. The audience fell silent. The clinking of silverware and hushed conversation vanished. She finished her speech saying, vacation packages available and made copies of a list of travel tips.”

Jillian smiled and made her exit.

“Jill,” Nathan called as Jillian was opening the glass door of the travel club.

“I really enjoyed your talk.”

She smiled back at his efforts. “No, I really must be going. I’ve been trying to reach Aunt Carol and finish my last minute packing.” She kissed him lightly on the lips and added, “I’m glad to see you.”

Nathan cupped her face in her hands. Her brown-sherry eyes glistened. “I’ve missed you.”

Jillian nodded and pulled away. “See you later, Nathan. Say “bye” to Anne for me. I’ll call her later.”

Nathan hoped Jillian’s hurried departure was due to the post-stress of her talk and wanting to finish packing for their trip to Mill Valley in New England; not because he had been working on a case.

Jillian knew he loved her; worshipped her was more like it. Though he was a tough guy, he was a romantic cavalier when it something his sister, Anne, had pointed out in the post mortem analysis that followed.

Nathan and Jillian would be attending the funeral of Mrs. Thompson’s son, Amos, a friend of Jillian’s Aunt Carol, Saturday afternoon in Mill Valley. Amos had died from an overdose and Mrs. Thompson wanted Nathan to “look into Amos’s death discretely”. Jillian would be house sitting for Aunt Carol’s migration to Florida after the funeral and making up brochures for the travel agency. It was a “working holiday” for both of them.

Nathan dialed his office’s answering machine by remote from the travel club. No surprise -- just a call from Hank saying he would keep “an eye on things”. Hank taught boxing lessons at the Boy’s Club downtown and served as a back-up man to Nathan. Hank had been Nathan’s mentor ever since he was a scrawny kid being raised by his Aunt Madge. Hank had been Madge’s answer to a “man-figure” in his life.

Nathan’s father had skipped-out long before Nathan could even remember him. Nathan’s mother had been left to raise him and Anne alone and had moved in with her sister Madge. Years later his mother was killed by a drunk-driver when he was seven. His Aunt Madge still lived at the house near St. Mary’s Hospital in north Richmond.

Aunt Madge had met Jillian, whom she liked. He hadn’t taken any other woman to meet Aunt Madge except for his former fiancée, Rene, a Cajun beauty from the Delta. Homesick, Rene had returned there. Nathan drove to his top-floor apartment in The Fan. He checked his answering machine there -- nothing. He glanced around his apartment. His kitchen was the most furnished. Cooking had become a survival-hobby for him. After his Aunt Madge, the Army had fed him, now he was improving himself between cases. He had even taken some extension classes at J. Sargeant Reynolds Community College in the art of cooking. He had joined the Army at the tender age of eighteen in 1980, the post-Vietnam and pre-Glasnost era. He served three of his four year stint in Germany as a mechanic.

Nathan went through a mental checklist -- office, okay, packed; his weapons were cleaned, a .38 Police Special and his .380 Walther PPK backup. His dark-blue Chevy Blazer was fueled and packed with Diet Pepsi and the thermoses of coffee and hot cocoa. Traveling and caffeine were a common interest for himself and Jillian.

After his trip to New England he’d have to take Jillian on a trip to Skyline Drive in the Blue Ridge Mountains to see the tree’s fall colors. Autumn was there favourite time of year.
It was good for Jillian to be visiting her Aunt Carol. She had fulfilled the same role in her life during the summer as Aunt Madge had in his. Jillian had been an only child though and had been sent to boarding school. She stayed on in Virginia after finishing school. Upon graduation from J. Sargeant Reynolds College she got a job as a travel agent.

Nathan gathered his garment bag and his official under the seat carry-one bag. Going out with a travel agent had its perks. His own list of travel hints taped on the fridge. Nathan crossed the Manchester Bridge to reach Jillian’s apartment off Hull Street. She still lived in the apartment she and her late husband, Gary, had shared. Jillian had changed from her business suit to black slacks, a white blouse and a mustard-colored cardigan for the trip. Her long hair was weaved into a single braid. He liked it better loose, but what the heck he hadn’t seen her for ten days -- he was adaptable.

Jillian’s own garment bag, a tasteful floral print with matching overnight bag and a leather briefcase sat on the Papuan chair next to the door. Her apartment had the sophisticated International Pier 1 look to it. Nathan carried Jillian’s garment bag down the concrete and metal steps to his Blazer.

“I see you packed supplies,” Jillian said as she neared the car.

“Of course.” Nathan unlocked and opened the door for Jillian. “What’s a car trip with survival rations and a Triple A travel agent co-pilot with maps.”

“Hmm, I bet you learned to read maps in the Army.”

“Yes,” Nathan said getting into the driver’s seat. “That and relying on my survival instincts.” He leaned over and kissed her.

Nathan headed back across the Manchester Bridge to get on 1-95 downtown. He wondered how involved this case would be. He had someone to defend now. He knew from being in the Army how important this was, when you were fighting for your life and things you believed in. 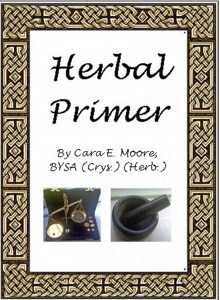